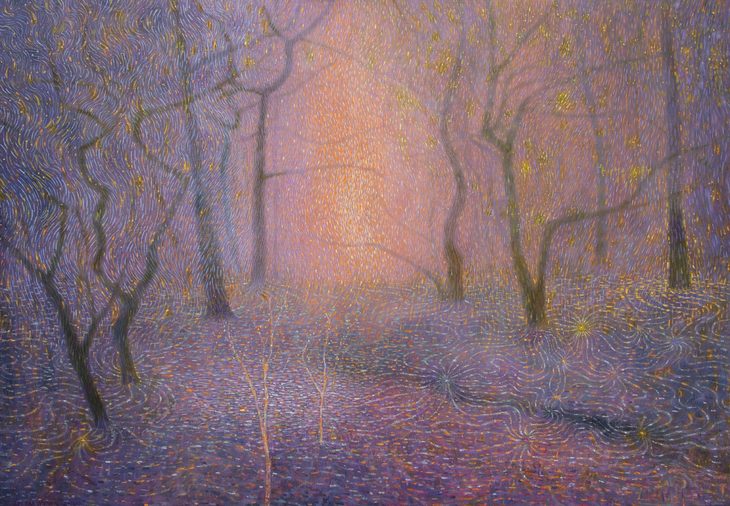 Jos van Wunnik’s artistry completely converges with a quest for inner value and truth. From the start of his career, he has been asking himself how he can bridge the gap between that what he feels inside and what he sees in the outside world? His ongoing efforts to have these two aspects coincide have produced a multifaceted and trail-blazing oeuvre. He says:‘The central theme in my actual work is trying to visualize how all life is interwoven and flowing. You could describe my work as the poetic expression of natural impressions, as an interwovenness of the seen and the unseen.’
Rhythmic hatchings in fine or more robust colour stripes characterize Van Wunnik’s style. Through optical colour mixing, these stripes produce clarity, spatiality, resonance and flow to the colour fields. His work invites to immersion and meditation.

Biography
Jos van Wunnik was born in 1951 and raised in Maastricht, the Netherlands. He was educated at the Academy for Industrial Design in Eindhoven, and at the Stadsacademie (The City Academy) and Jan van Eyck Academy in Maastricht. From 1977 he lived and worked at different locations in the Netherlands. In 1987 he moved to South Limburg, where the woods are his main source of inspiration. His work can be found in public buildings and private collections.